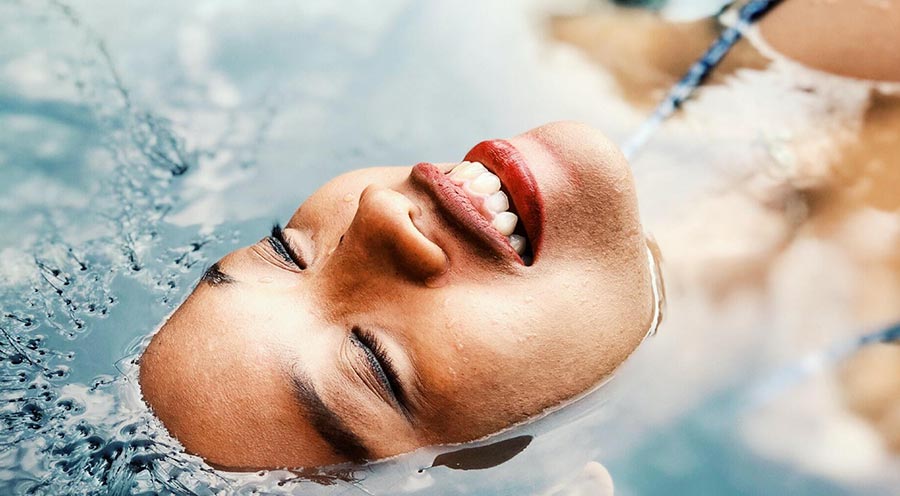 In recent years, CBD has emerged as an amazing therapeutic compound that has gained immense attention from people around the world.  The primary source of CBD or other beneficial phytocannabinoids is Cannabis Sativa plant.

Cannabis has two main phytocannabinoids that are CBD or cannabidiol and THC or tetrahydrocannabinol.  Unlike THC, CBD is safe and non-psychoactive as it cannot cause intoxication. Phytocannabinoids offer exceptional health benefits because of their ability to interact with the human body. Research has shown that CBD can be helpful in alleviating chronic pain and inflammation among other related problems. Are you also wondering how CBD could be such a valuable substance?

The answer lies in the way it interacts with the body. CBD engages the endocannabinoid system (ECS) that is spread all across the body. If you are unfamiliar with ECS, read on to know more about it.

The endocannabinoid system is a biological system that was initially discovered by an Israeli scientist, Raphael Mechoulam. Previously, scientists could not figure out the exact neurotransmitter functionality. Mechoulam jumpstarted the medical revolution which has transformed the debate around cannabis and the lives of so many people. The endocannabinoid system works by the production of Endocannabinoid by the lipid membranes of the cells. These chemicals bind to the receptors that are present throughout the peripheral and central nervous systems. ECS is responsible for neuromodulation that helps the body in performing the physiological function. It has a significant effect on:

Endocannabinoid Receptors are present throughout the body, including the central nervous system, peripheral nervous system, immune cells, and all other organs of the body. There are varieties of Endocannabinoid receptors, but the most common are CB1 and CB2. CB1 receptors are concentrated in the CNS, fat cells, musculoskeletal tissues, immune cells, and reproductive tract. The distribution of CB1 receptors shows the importance of endocannabinoid system functionality. CB1 receptors can have a significant effect on nausea, appetite, pain, mood, cognitive function, and inflammation.

CB2 receptors are densely concentrated in the immune system, including T and B lymphocytes and macrophages, along with the cells of the kidney, liver, and spleen. The human skin houses a considerable number of CB2 receptors. The primary function is the intermediation of inflammation and immunomodulation. Research suggests that CB2 receptors play a crucial role in maintaining bone density.

Endocannabinoid Neurotransmitters or Endogenous cannabinoids are produced only when the body requires them instead of being stored in the cells and released on demand. Physiological stress such as pain, injury, illness, and inflammation are the most common triggers for the production of endocannabinoid. They are also produced to maintain homeostasis in the body. Two main endocannabinoids produced by the body are anandamide and 2-AG. These molecules interact with the CB1 and CB2 receptors to carry out the desired physiological functions.

The endocannabinoid molecules are destined to be degraded when they are no longer needed by the body. Fatty acid amide hydrolase (FAAH) and monoacylglycerol lipase (MAGL) are produced to degrade anandamide and 2-AG, respectively.

CBD is the most famous therapeutic phytocannabinoid that has shown to be quite helpful in balancing the Endocannabinoid system. CBD is an antagonist of both CB1 and CB2 receptors with low to moderate binding affinity for each of these receptors.  Research has shown that CBD also has a modulatory effect on the endocannabinoid system.  It can bind to the fatty acid binding proteins to reduce or slow down the degradation of FAAH to promote the reuptake of anandamide and enhance its activity.  Not only this, CBD can also interact with the 5-HTA1 serotonin receptors to boost the uptake of serotonin and stabilize mood.

THC is a partial agonist of both CB1 and CB2 receptors, but it has a strong affinity for the CB1 receptors. Research is being done to link how a controlled quantity of THC can be quite helpful in reducing pain, intraocular pressure, and insulin sensitivity. Since THC can form stronger bonds with CB1, it can cause intoxication and a long list of potential side effects. A combination of CBD and THC can cause reduced intoxication so that the patient can experience maximum health benefits of tetrahydrocannabinol.

In addition to THC and CBD, many other phytocannabinoids including cannabichromene, cannabigerol, tetrahydrocannabivarin and Cannabidoil, could also be helpful for keeping the body at its best state. More research is required to know how these compounds can work in the body. However, we already know that all these phytocannabinoids, along with other nutrients such as terpenes, flavonoids, and healthy fatty acids work synergistically to produce the entourage effect.

CECD or clinical Endocannabinoid deficiency is considered to be a disease caused by the lack of endogenous cannabinoids. The concept of CECD was first introduced in 2004, and it is thought to be the potential reason behind many health conditions with no visible cause. Diseases such as migraine, fibromyalgia, Crohn’s disease, and irritable bowel syndrome could be because of endocannabinoids’ underproduction. Even though CBD may not be able to directly bind to the receptors but it can boost the uptake of the endocannabinoids. By inhibiting the function of FAAH, CBD can reduce the degradation of the endogenous cannabinoids, so even if the cells do not produce enough endocannabinoids, the ones already produced can serve the purpose.

CBD products are not medicines and can not diagnose, treat or cure diseases. Always consult your own doctor before starting a new dietary program. By using this site, you agree to follow the Privacy Policy and all Terms & Conditions printed on this site. All CBD products sold on this site contain less than 0.2% THC.

We use cookies to give you the most relevant experience. By clicking “Accept All”, you consent to the use of ALL the cookies. You may visit "Settings" to provide a controlled consent.
SettingsAccept All
Manage consent

This website uses cookies to improve your experience while you navigate through the website. Out of these, the cookies that are categorized as necessary are stored on your browser as they are essential for the working of basic functionalities of the website. We also use third-party cookies that help us analyze and understand how you use this website. These cookies will be stored in your browser only with your consent. You also have the option to opt-out of these cookies. But opting out of some of these cookies may affect your browsing experience.
Necessary Always Enabled
Necessary cookies are absolutely essential for the website to function properly. These cookies ensure basic functionalities and security features of the website, anonymously.
Functional
Functional cookies help to perform certain functionalities like sharing the content of the website on social media platforms, collect feedbacks, and other third-party features.
Performance
Performance cookies are used to understand and analyze the key performance indexes of the website which helps in delivering a better user experience for the visitors.
Analytics
Analytical cookies are used to understand how visitors interact with the website. These cookies help provide information on metrics the number of visitors, bounce rate, traffic source, etc.
Advertisement
Advertisement cookies are used to provide visitors with relevant ads and marketing campaigns. These cookies track visitors across websites and collect information to provide customized ads.
Others
Other uncategorized cookies are those that are being analyzed and have not been classified into a category as yet.
SAVE & ACCEPT